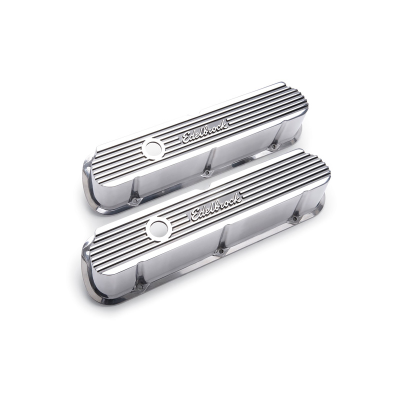 Introducing the next generation of Elite Series accessories... Elite II. This new line of accessories features a design that is influenced by the original Elite Series originally released in 1985, but with a new modern take on this classic look. They're made from heavy-gauge, die-cast aluminum and are finished off with a show quality high luster polished finish. The raised fins are accented by a contrast gloss black finish between the fins for the definitive Elite Series look.